Too much knowledge about the Bible a bad thing?

In a recent update of Christianity Today’s Leadership Journal they interviewed Josh McDowell about, among other things, current trends on the belief in the inerrancy of the Bible. Here’s how the first bit went:

Q: Trust in the inerrancy of Scripture, even among some evangelicals, has waned in recent years. Why do you think this is?

There is no one reason. I think one of the major reasons is the information glut on the Internet. The Internet is so gigantic. It has leveled the playing field. Atheists and agnostics have such ready access to our kids. It didn’t use to be this way. Now, information—good and bad—is just one click away. Pastors, youth pastors, professors, and others are being confronted with deep theological, philosophical, and historical challenges to the Scriptures that no one would even hear about until their fourth year at a university. Believers are being confronted with so many opposing positions on the Scriptures—issues the majority from past generations simply didn’t confront. This has tended to undermine people’s belief system. That is why we need to redouble our efforts to communicate biblical truth. 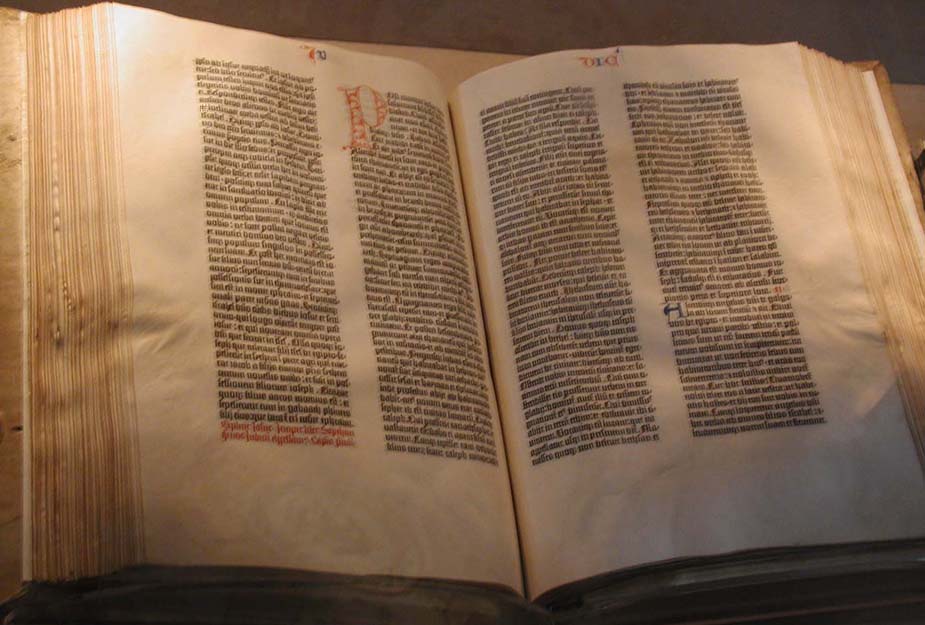 I think McDowell’s point is valid, but I’m a little disturbed about what it seems to imply. If I were to boil the Q&A down, the reasoning might go like this:

Now, McDowell doesn’t go fully there – he says that we just need to try even harder to communicate biblical truth – but I get wary any time I hear an argument that says the problem was caused by people knowing too much.

If you have an argument that you’re fully confident is true, shouldn’t you welcome the fact that people want to understand more about the Scripture, where it came from, how God uses it, and so on? If there are “deep theological, philosophical, and historical challenges to the Scriptures”, shouldn’t Evangelical leaders be addressing them head-on rather than decrying their broader availability?

Am I overreacting here?

I’m a bit put off by the phrase “trust in the inerrancy of the Scripture”. Of all the things Christians are called to trust in, that’s not one of them.

It seems likely to me that Evangelical leaders have often briskly asserted “inerrancy” as a linchpin for maintaining beliefs about other things (young-earth creationism, homosexuality, complementarianism, etc, etc) either without fully teasing out the difficult nuances of what “inerrancy” means, or (more likely) without dealing with the reality that many preachers will teach on “inerrancy” without any appreciation for those nuances.

Generations of Christians before may have gone through life without ever really stopping to think about what “inerrancy” meant, but as the internet broadens our social and intellectual horizons, the right response isn’t to decry that broadening, but to teach with more detail and nuance what we mean by the word.

For those of you still reading this post who are getting concerned about me putting the word “inerrancy” in quotes: I believe that the Bible is God-breathed, and profitable for doctrine, correction, reproof, instruction, etc. I also agree with John Piper’s nuance of “without error in the original manuscripts”, given his understanding of “error” [emphasis mine]:

A writer is in error when the basic intention in his statements and admonitions, properly understood in their nearer and wider context, is not true.