Gentleness and Respect for all – addressing ‘the transgender issue’

But in your hearts revere Christ as Lord. Always be prepared to give an answer to everyone who asks you to give the reason for the hope that you have. But do this with gentleness and respect, keeping a clear conscience, so that those who speak maliciously against your good behavior in Christ may be ashamed of their slander. For it is better, if it is God’s will, to suffer for doing good than for doing evil. — 1 Pet 3:15-17, NIV

I promised myself and my readers not too long ago that my theo-rage-blogging days are over. Which means I’ve wrestled with myself now about whether or not to write this post. I’ve come down on the side, though, of writing it, because I think there’s something here to say that isn’t tied to any group or denomination or particular theological persuasion. So here goes.

This is the cover of the latest issue of Time magazine. It features Laverne Cox, a transgender actress best known for starring in the Netflix series “Orange is the New Black”. 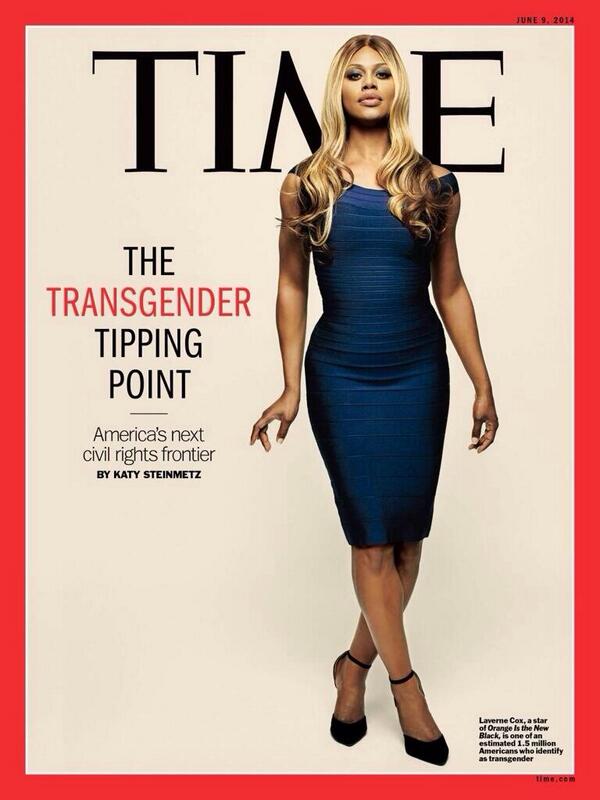 I’m not a subscriber to Time, and haven’t been past a newsstand lately, so my first awareness of this cover came from a (re)tweet by Russell Moore (@drmoore) that looked like this:

Dr. Moore is President of the Southern Baptist Convention’s Ethics & Religious Liberty Commission, and a not-infrequent commentator on social and political topics. I don’t mean to call him out personally here; his attitude and commentary are likely no different than what I’d hear from many other corners of the evangelical church.

But I’m bothered by the approach. “Are you prepared for what’s next?” implies a significant level of us-against-them, fight-the-culture-war-to-win-it mentality that disrespects transgender people and doesn’t seem to recognize that they are cherished divine image-bearers just as much as we are.

I thought I was reading a little too much into it – afraid of my own biases, as it were – but then I read the stream of replies to Moore’s tweet:

Those replies are even more disturbing. Referring to the actress as “it”, as a “fake ‘woman'”. Expressions of disgust (“…permanently lost my appetite.”, “want to go into a bubble”). When one person refers to the actress as “her”, another one replies to ‘correct’ the first with “*his”.

To his credit, Dr. Moore’s follow-up tweet linked to a more nuanced position on ‘the transgender issue’, as he puts it, which includes the declaration that “As conservative Christians, we do not see transgendered persons as “freaks” to be despised or ridiculed.” Later on he says that “…this also means that we will love and be patient with those who feel alienated from their created identities.”

One hopes that, on reflection, Dr. Moore and the folks who replied to him might recognize that those tweets have every likelihood of being interpreted as alienating and despising rather than loving and patient.

As Christians, we must do better.

In the verse I quoted at the top of this post, the Apostle Peter says that our testimonies of faith must be given with “gentleness and respect”, so that any accusations of bad behavior will be undeserved and slanderous.

I will be the first to admit that I don’t have a fully-formed theological position when it comes to transgender issues. This is a topic that will no doubt soon get fuller treatment in the theological world much as homosexuality has over the past decade.

But I do know this: as Christians we should cultivate an approach and reaction to all people that starts with love, care, and concern, not one of disgust and alienation. If we can’t even respect a person enough to address them by their preferred gender, how can we ever hope that they’ll listen to us long enough that we can tell them about God’s love for them?

“But we’re going to lose the culture war!”

Yeah, we are. We probably already have. We’re not called to win it. We’re called to be faithful. The Apostle Peter wasn’t ‘winning the culture war’ in his day, either. Which might be why he followed up the call to gentleness and respect with these words: “For it is better, if it is God’s will, to suffer for doing good than for doing evil.”

May that be the legacy of Christians in this place and time.